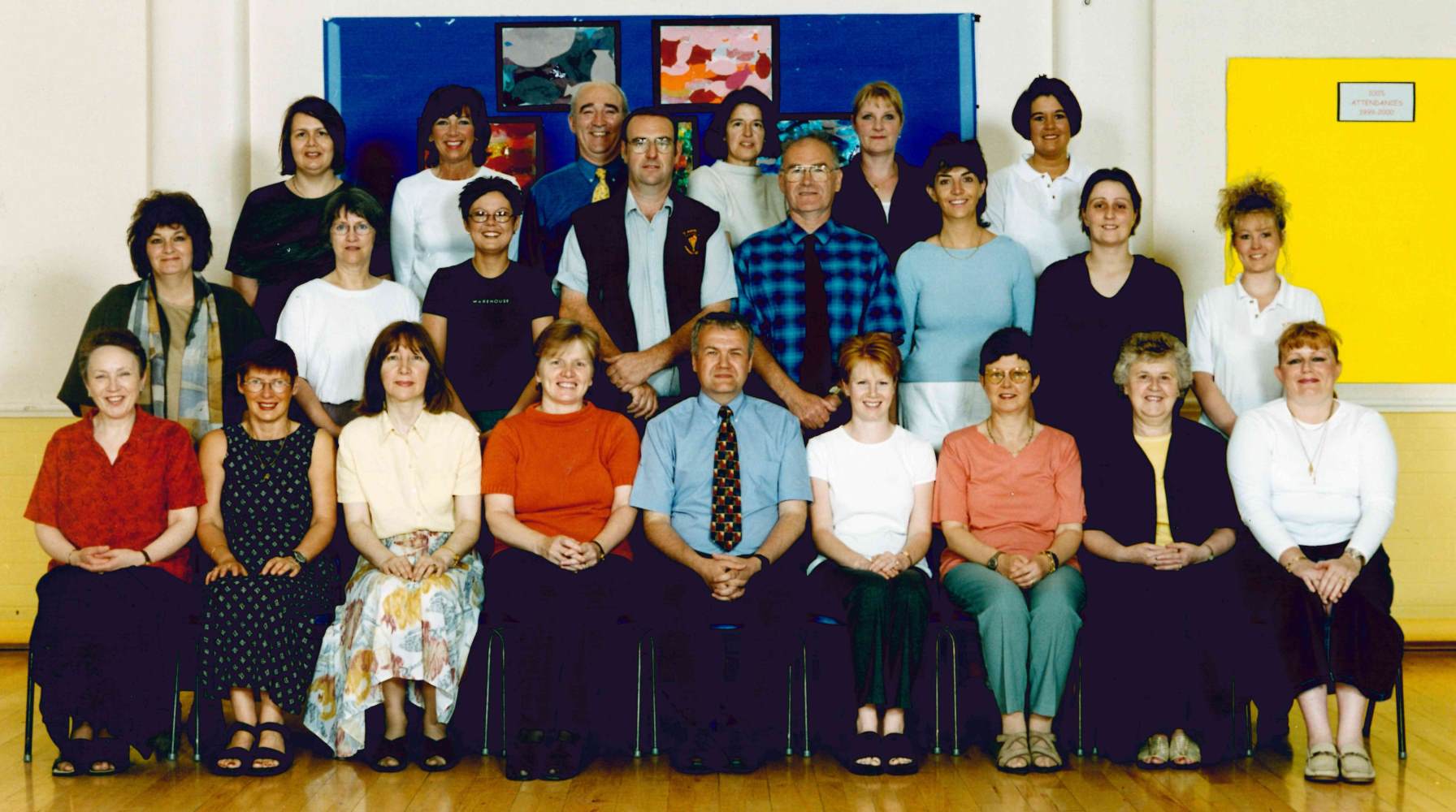 Some temporary supply staff included and some regular staff missing. 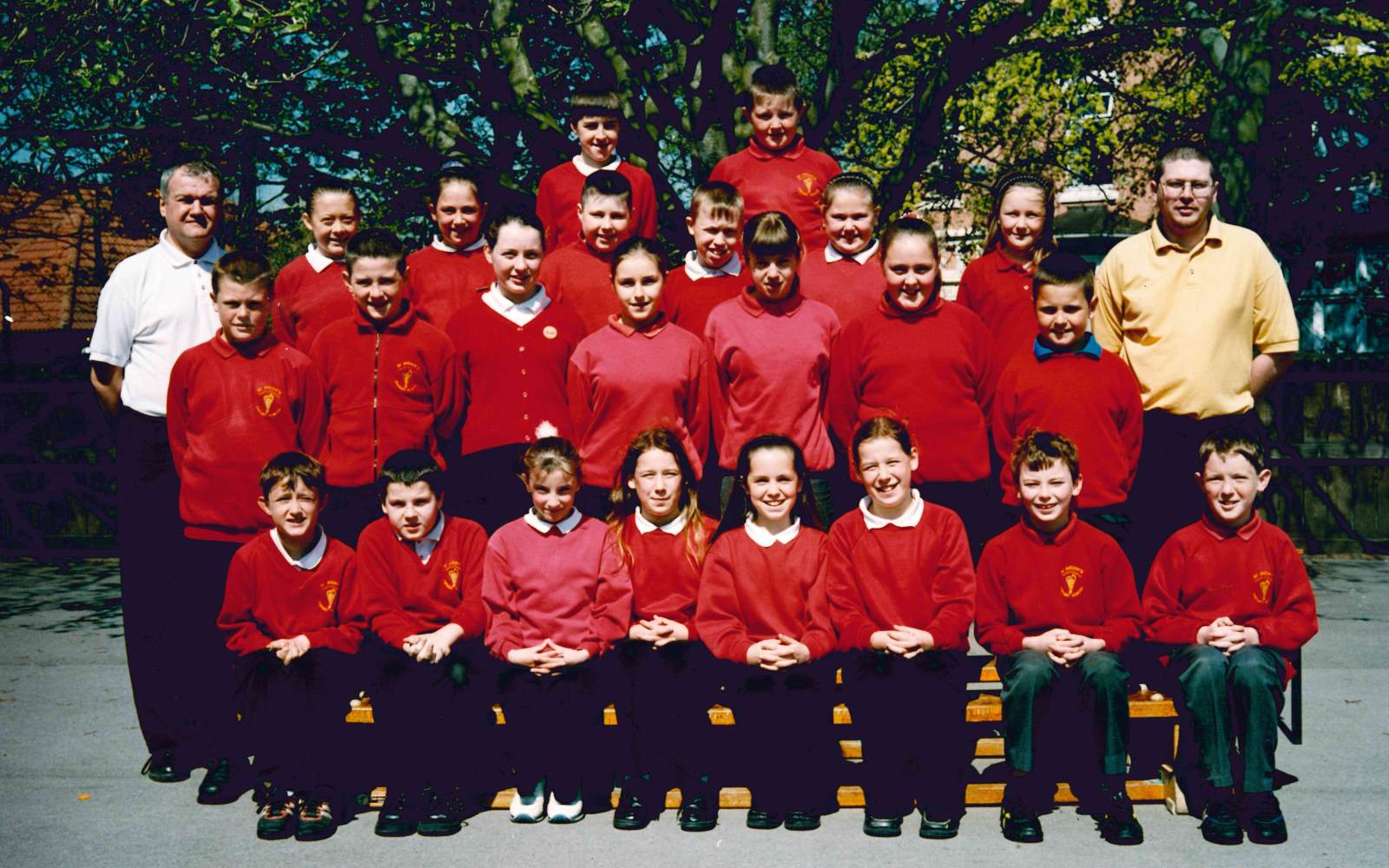 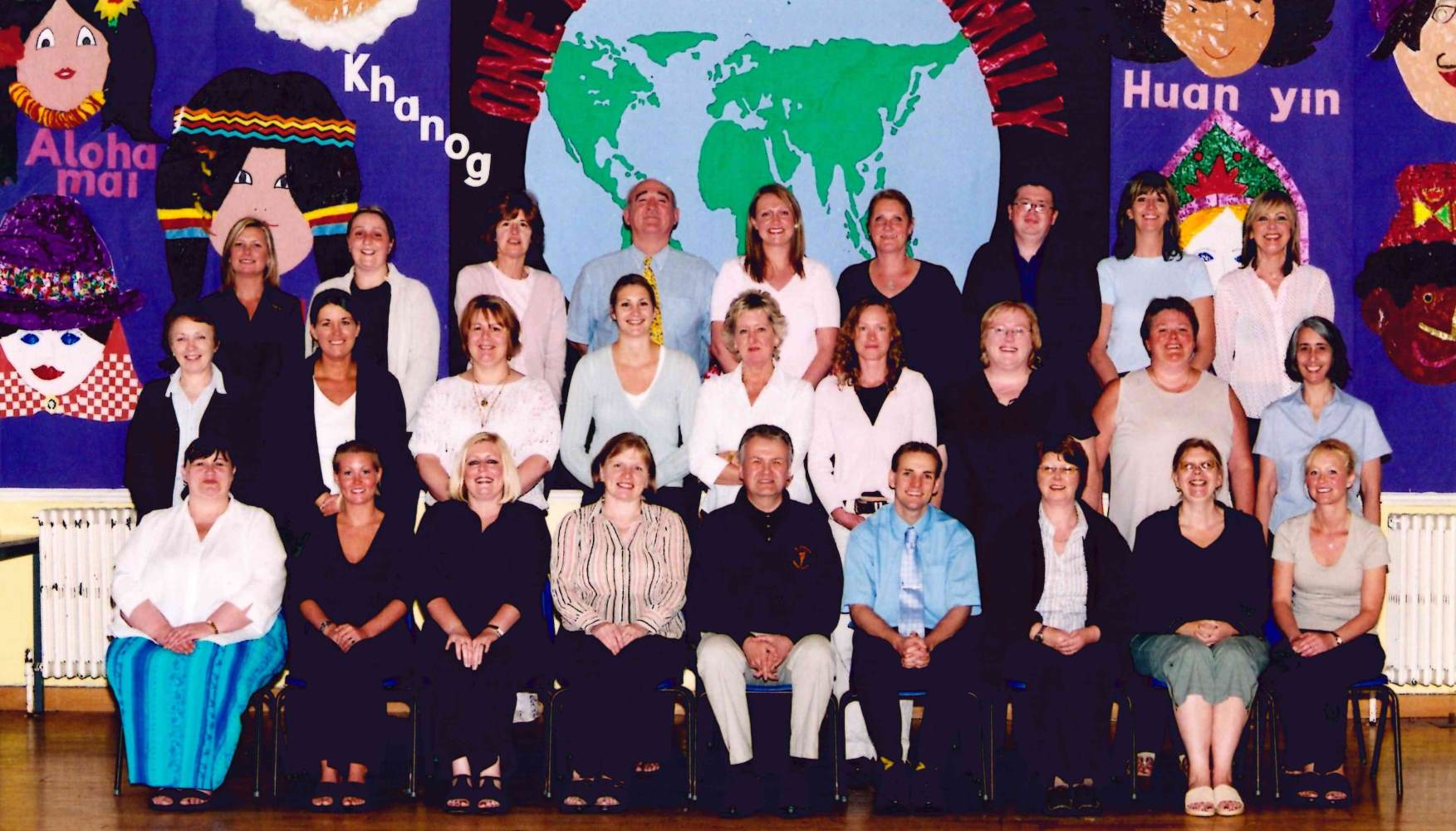 Staff photo in the school hall - a huge back wall before the kitchen and the serving hatch were built. 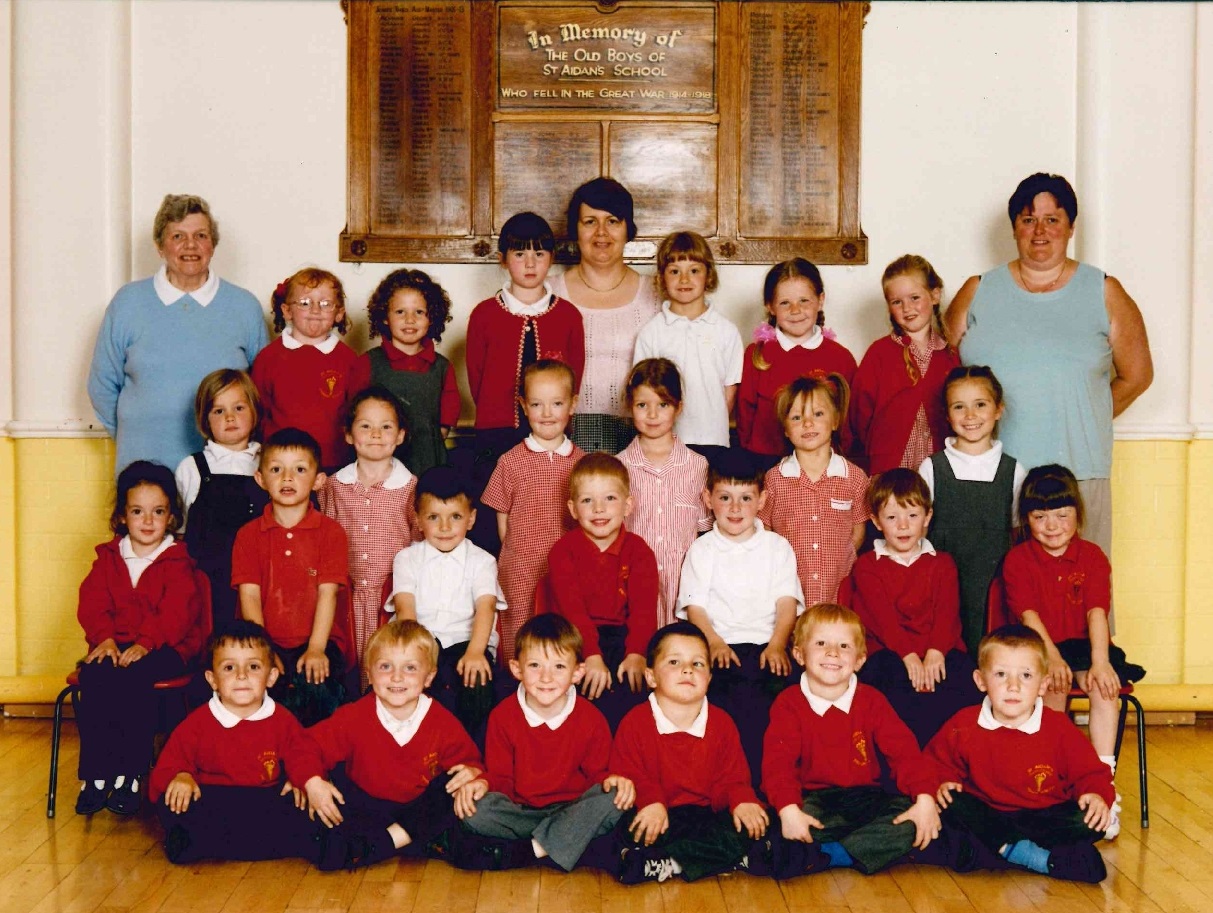 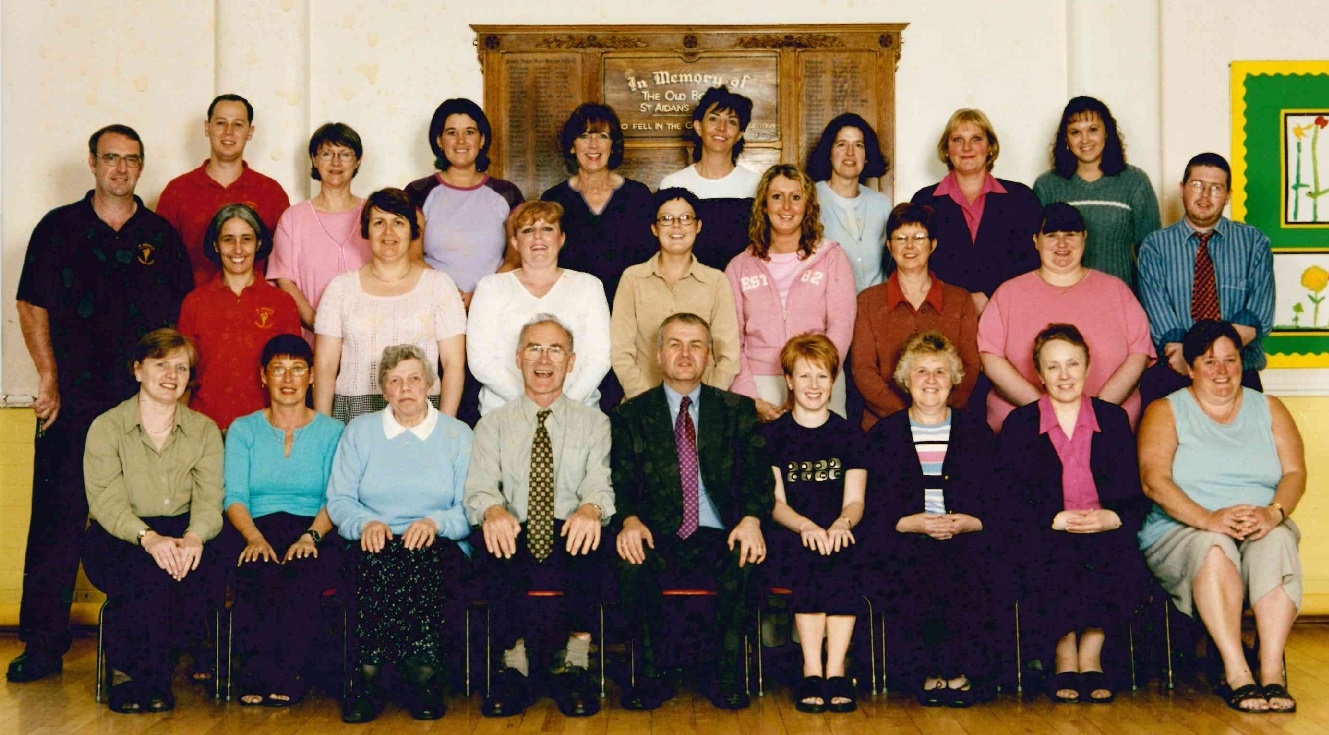 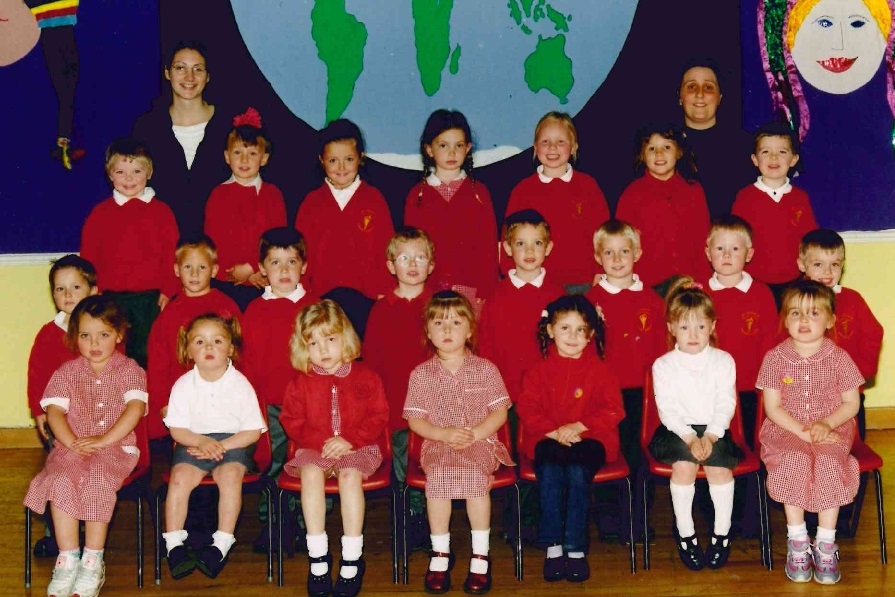